Write off debts you can't afford

Find out if you're eligible now.

Please tell us the total sum of your debt
When considering your debt level remember to include the following commonly missed debts: HMRC,Rent arrears, Bailiff inforcements and council Tax.
Less than £6,000
£6,000 - £20,000
More than £25,000
How many people do you owe money to?
Notifying of this will allow us to tailor our advice to ensure you receive individual support.
Less than 2
2 or more
What type of property do you live in?
Discussing your living arrangements is important to ensure we provide appropriate advice and allows us to work to ensure your property is not at risk.
Owned
Rented
Private Rented
Living with Parents
Where do you live?
Telling us your location allows us to offer information about the debt solutions and help available in your area.
Scotland
England
Wales
Northern Ireland

Check if you qualify 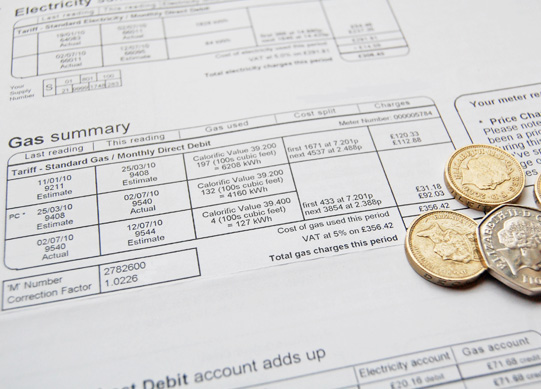 Utilities are an everyday essential. Pretty much everything in your home is reliant on power from your gas or electricity so energy bills are always considered to be a priority when it comes to managing monthly payments.

In England and Wales, your water is also included within this category, however in Scotland this is included in your Council Tax bill.

CHECK IF YOU QUALIFY

Keeping on top of utility bills

People can fall behind on their utility bills for many reasons.

One of the most common reasons for this is due to inflation, which causes costs to frequently rise. Price caps are increased by hundreds of pounds each year, making bills unaffordable for many people.

Issues can also arise when estimates are calculated incorrectly. This often leads to people paying the wrong amount for their usage and being hit with the bill at a later date.

Changing providers can also sometimes lead to a bill for the switch itself – much like trying to buy out a phone contract. It’s also possible to be hit with a bill from missed payments from your previous provider if systems haven’t been updated.

The weather can also be a factor in falling behind on your bill. Enduring long periods of temperature drops, rain and snow means periods of higher than normal usage levels.

People also have unexpected expenses that pop up from time to time, which can leave people without enough funds to cover their bill.

If you find yourself facing gas and electricity arrears or bills you know you won’t be able to manage it’s important to act as soon as possible. Naturally, the best course of action is always to pay what you owe in full, but the reality is that just isn’t a possibility for some people.

As such, if you find yourself in this position it’s important to speak with your supplier in the first instance to find out if you can spread the cost of the arrears over a period of time. You could also ask your supplier if you could have a pre-payment meter fitted to clear what you owe over a longer period whilst stopping future debts building up.

It’s also important to be aware of additional financial support you may be entitled to when covering the cost of utility bills. If you are in receipt of benefits you may be able to arrange for payments to be taken directly from what you receive through a scheme known as Fuel Direct.

Opting for this method means that payments are made directly to suppliers, taking away the stress of managing payments on your own. This can be a way to repay any money you owe to suppliers and prevent your supply from being cut off. Further details about Fuel Direct and the support available can be found at Jobcentre Plus.

How utility bill debt can be avoided

Utilities are priority bills, however, that doesn’t mean that making payments every month is as easy as it may seem. For many, making a pay packet stretch to cover the cost of utility bills isn’t always a given, which can lead to financial hardship. However, there are simple steps you can take each month to avoid utility bill debt.

It’s important to include your utilities when creating a budget for your finances, even if you pay the bill quarterly. Setting aside money towards these bills each month will help to make sure you’re never caught short for the bill, especially during the colder weather.

It’s also worth conducting price comparisons online to check if you are on the cheapest tariff available. You could save hundreds each year by switching to a lower-priced alternative, just remember to make sure you have no outstanding payments before you make the move.

Setting up an automated payment to your provider is another great way to ensure you never miss a payment. This way you won’t need to remember to make the payments and may even be able to save money as some companies offer money for setting this up.

If you are finding it difficult to keep on top of your utility bills or are falling into debt, contact us today. Our friendly advisers are on hand to offer you free and confidential advice, no matter what situation you’re in.